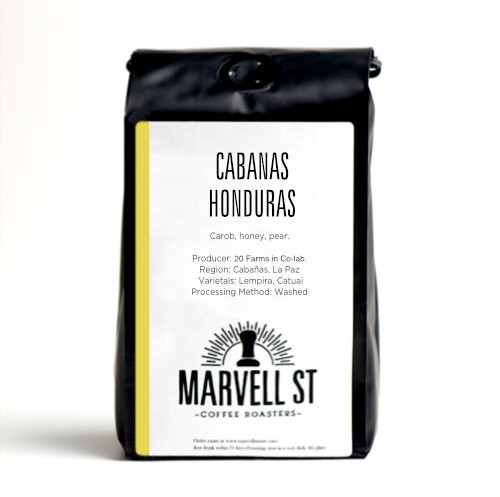 CabanÌÂas is a municipality of the department of La Paz, home to one of the largest populations of indigenous people today existent in Honduras, the Lencas. They once spoke the Lenca language which is now extinct. One of the most amazing characteristics of the Lenca community was that, despite the Spanish domination and todays new world, they have been able to maintain and retained their native believes. They are strong peaceful people fighting to preserve their identity and culture. They are known to be humble and extremely hospitable people as they always attend the needs of their friends, guests and community members

This region has ethnic diversity, ancestral and artisanal culture, stunning views, and of course, great Honduran coffee. Throughout history, the people from this region has mainly produced corn, beans, and vegetables. Coffee was introduced into the region just 10 years ago. This group of about 20 coffee producers follow many of their roots. They are perseverant, humble, hard-working, and very proud of their roots.