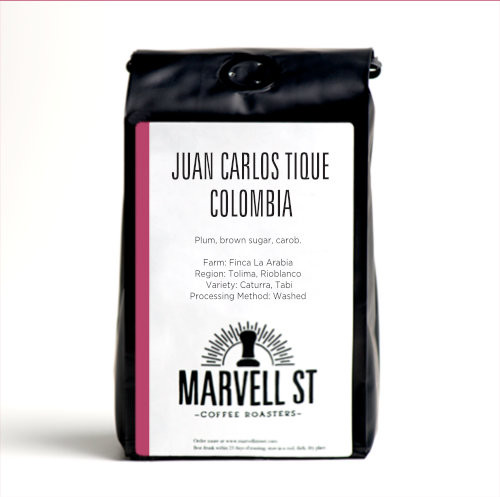 Juan Carlos Tique was born and raised in Rioblanco, Tolima, a municipality that is famous for its steep mountains, abundant water, and deep valleys that create a perfect recipe for agriculture. Juan Carlos worked as a picker and labourer on farms for many years until 5 years ago he was asked to manage Finca La Arabia. When he took charge of the operations the farm was in very poor condition, however within 2 years he had turned the farm around and was producing specialty coffee and selling it at a much higher price. Unfortunately, since the most recent harvest the farm has been sold. Juan Carlos is planning on starting his own coffee farm as we speak.

Join us and celebrate with a cup of Juan Carlos Tique's last harvest at Finca La Arabia.