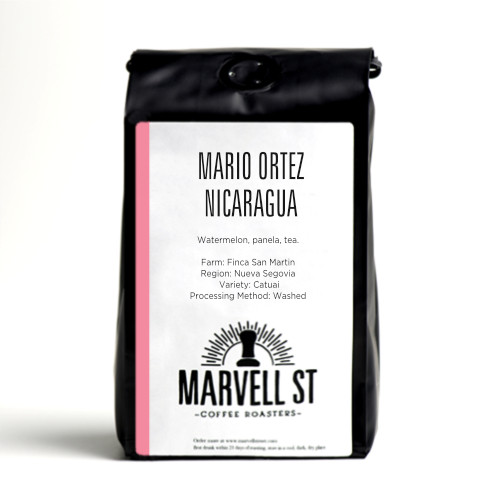 Mario is what we consider to be a mighty warrior disguised as a humble coffee farmer. He has experienced a lot of hardships since he picked his first coffee cherry  at the age of 8. Not long after, his home town  became a war zone in order to save their lives they were forced to flee. Years later when the conflict had settled, he returned and began producing coffee again. In the beginning they relied on transporting coffee by horseback as the road they were building was destroyed by a hurricane. He has now been producing specialty coffee for the past 5 years and employs up to 40 pickers during harvest times. He is focused on training his workers to the best of his ability.

We hope you enjoy this exceptional coffee, exclusive to  Marvell Street Coffee Roasters.