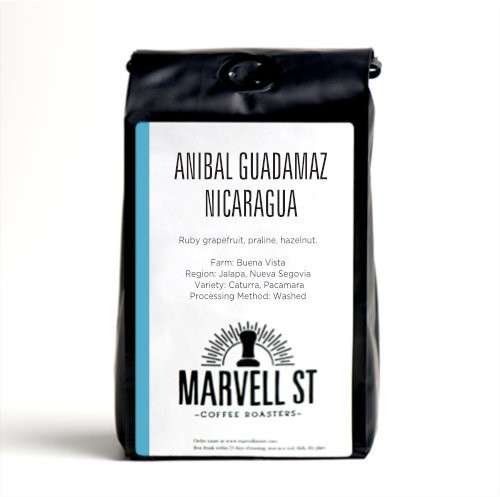 Anibal Guadamaz always dreamt of producing high altitude grown coffee but during the late 1900's his dream seemed impossible due to the civil war in Nicaragua. Once peace was restored, Anibal purchased land at one of the highest points in the district and named it Buena Vista, which translates to "Good View." It is here that he planted Caturra and Pacamara coffee trees and began to witness his dream unfold.
In 2013, with the help of 4 of his 11 children, he prioritised producing coffee for the specialty market to gain recognition as a great coffee producer and receive greater financial benefits from his hard work.

This is a small lot exclusive to amazing Marvell Street Coffee drinkers!