Round and round we go

Any barista who has worked on a relatively busy bar has experienced the following: you arrive at work, run a few shots, taste, decide on a recipe that tastes best, lets say 20g in 40g out in 30 seconds and set a mark on your grinder. Then 20 minutes into the morning rush your shots start running faster and faster, so you grind finer to compensate, then as the rush subsides and the orders start slowing down so too your shots start to choke and run slower, so you grind coarser, then the mid morning rush starts and you begin the cycle all over again. It’s an infuriating cycle that leaves you blaming your grinder, your coffee, your machine, the weather, the new kid busting tables, anyone and anything. But what is actually going on? 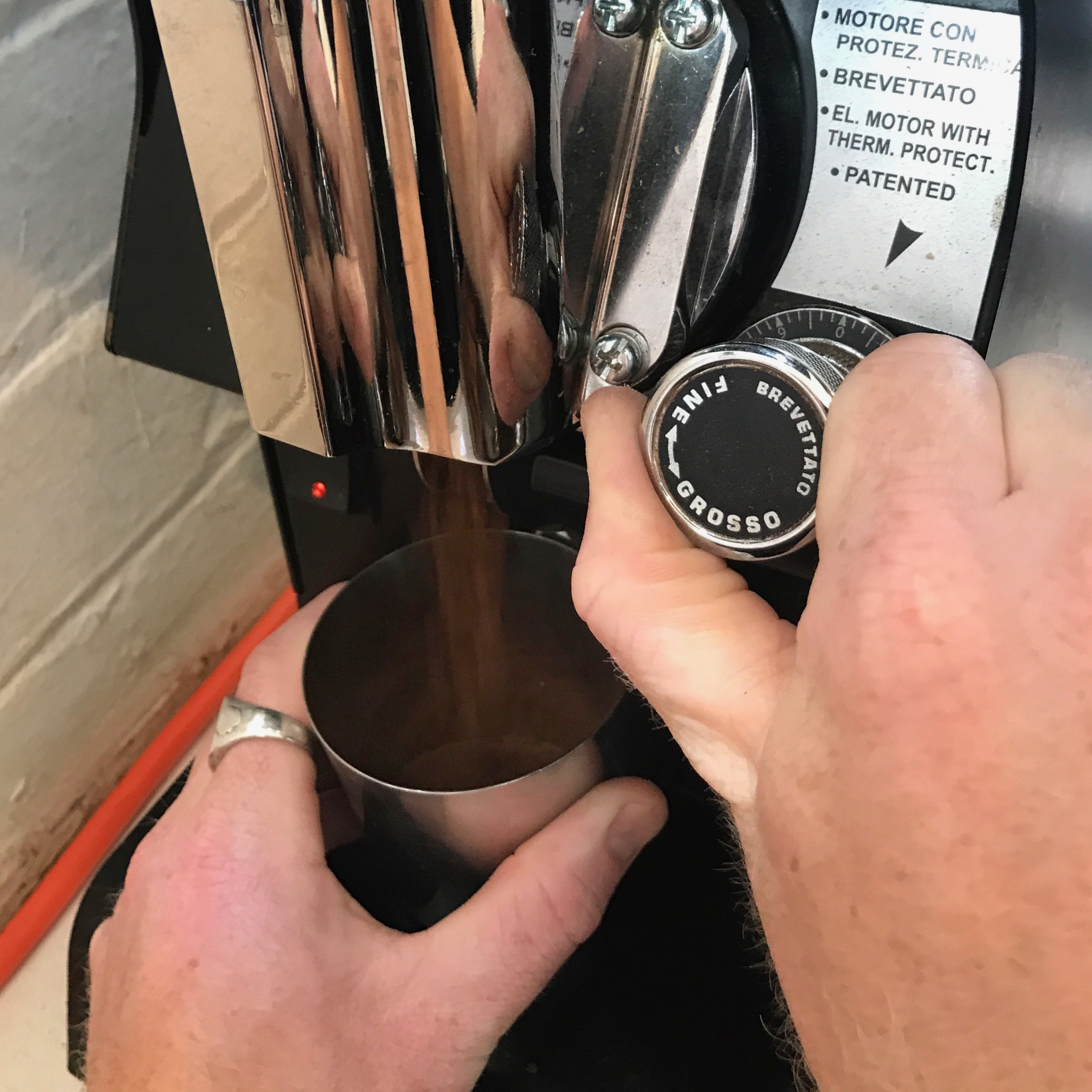 Grinders are great at two things: grinding coffee, and generating heat, and the latter has a massive effect on the former. Heat within the grinding chamber is generated by friction, and there is a lot of it going on. There is friction from the grinding burrs, from the beans as they break apart, from the ground coffee particles hitting one another, from the grinding chamber itself, needless to say there is a lot of friction going on, and all this friction generates heat. Where does a lot of this heat go? You might be surprised to hear that a lot of the heat is absorbed by the coffee both before and after it is ground, and heat has a big impact on the way the coffee is ground, and ultimately how it behaves when brewing.

Into the mythical realm

Why is it that when the grinder gets busy grinding and thus starts heating up, shot times get faster and faster? The answers, like many things in the coffee industry, were shrouded in mystery and myth and for a long time were given based off assumptions, “the grinder chamber is heating up, causing the metals to expand, resulting in the burrs moving further apart and thus the grind becoming coarser”, or “the motor of the grinder is less efficient during peak periods, resulting in slower RPM and coarser grounds”. These were not based on any scientific evidence but rather hearsay and speculation. However coffee nerds are a curious bunch and the last few years have seen an explosion in the sharing of knowledge between grinder manufacturers, scientists and dedicated coffee professionals.

Roasted coffee is quite brittle, so when we use a grinder to break it up it shatters producing loads and loads of tiny fragments called ‘fines’ and then larger sized particles called ‘boulders’. The fines have way more surface area than the boulders and slow the flow of the water down considerably, however as the grinder heats up during service the beans in the grinding chamber absorb that heat making them less brittle. Water guru and super smart science guy Chris Hendon described it like spaghetti, dry cold spaghetti will shatter into lots of little fragments easily, however dry hot spaghetti becomes more malleable and doesn’t break into little fragments as easily and the same applies to coffee beans. So as the beans heat up they become less brittle and when ground produce less of the tiny particles called fines, which allows the water to flow through the coffee puck easier, resulting in faster shot times. 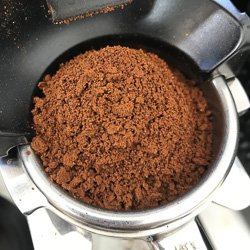 So the grinder gets hot when it gets busy and the beans sitting in the grinder chamber soak up that heat, making them less brittle, meaning they shatter into less fine particles when ground, resulting in essentially a coarser grind profile and faster shot times, despite the barista not actually changing the grind setting. How pronounced this temperature rollercoaster ride is depends on factors like how long the busy periods last for, the gap between rushes and whether you use a grinder like the Mythos which has technology that limits temperatures between 35-55 degrees celsius. The bigger the temperature window your grinder encounters throughout service the bigger the climbs and drops of the rollercoaster, and the more grind adjustments you will have to make during service in order to maintain hitting a target time. There is not a lot you can do about it due to the physics of grinding, but at least understanding what is happening makes the ride more bareable during service.

Whilst there have been some reasonably big advances in grinder technology recently, in general it has not kept pace with the rest of the coffee industry in regards to innovation and progression. The Mythos 1 was groundbreaking in that it applied a heat sink to try to tackle the issue of the grinder heating/cooling by never letting it drop below 35c, this results in a smaller temperature window and hypothetically less changes in the way the beans react when ground. Other grinder manufacturers have developed models with more cooling fans in an attempt to try to keep internal temperatures down by promoting better air circulation. Less retention in grinding chambers and more accuracy with dose timing are other areas that we have seen improvements, however there is one often overlooked and undervalued step that anyone can take to make their grinder dose more consistently and help to keep it more temperature stable and produce better tasting coffee and that is.... Cleaning it regularly. As we have seen, when coffee is ground it shatters into countless tiny fragments, those fragments contain oils, and they will clump together and stick to burrs, and screws, and anywhere they can. Over time as the grinder heats and cools during service the oils become rancid, dosing becomes more inconsistent and shot quality dips. The easiest way to keep your grinder running well and minimising the morning rush loop of doom is to regularly show it some love. Take a tooth brush and some elbow grease to the burrs, get a little handheld vacuum cleaner and suck up all the grounds in the chamber, spray a little isopropyl alcohol on the burrs and wipe them sparkly clean.

Make a grinder cleaning kit and call it the grinder love bag, and start showing some love to your grinder whilst making your coffee taste better, winning!


Make a cleaning roster and get your grinder sparkling clean at least once a week and you will notice more consistent dosing, more stable temperature swings during service, less clumps meaning less channels and overall better tasting brews.

Show your equipment some regular love and it will love you back, and who doesn’t love love right?