The worlds largest producer of coffee, Brazil, is in big trouble... 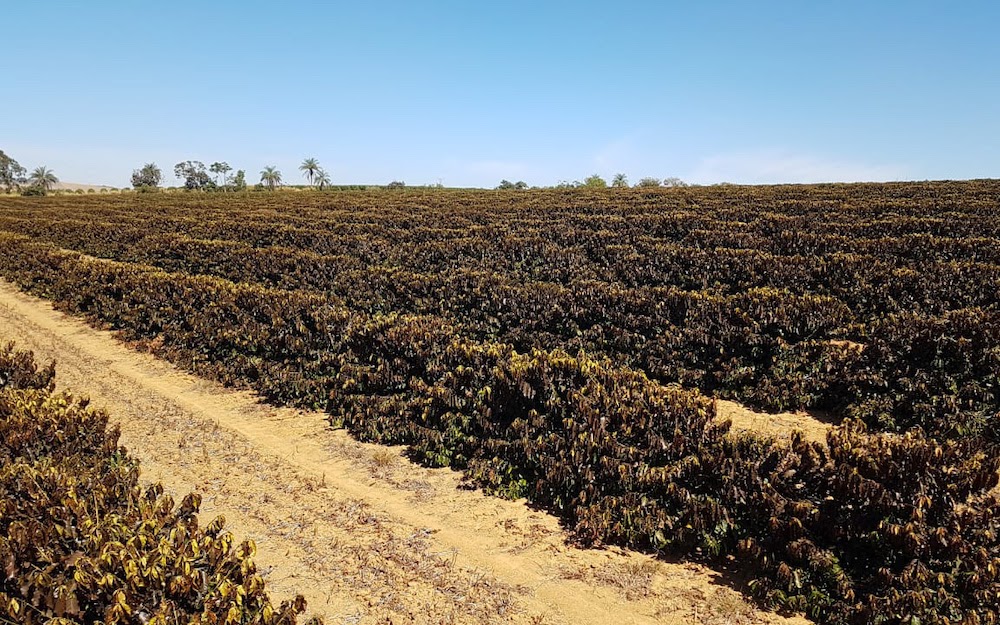 A country that has been ravaged by COVID-19 is now facing another massive challenge, huge areas of Brazil's prime coffee growing sector have been decimated by several black frost events, coupled with the impact of the worst drought in 20 years and you have a perfect storm brewing.

Brazil's wet season at the end of last quarter was the driest in over 20 years, farmers have been depleting their irrigation systems to keep crops alive, placing huge pressure on the river systems which are also beginning to run low. The regions most affected are located in the Southeast of Brazil, specifically Minas Gerais, Sau Paulo and Parana, fertile agricultural land and home to a huge number of coffee farms.

These areas, already under pressure from the ongoing drought conditions, are now experiencing some of the coldest weather in over 25 years, with several 'black frost' events occurring during July. The freezing conditions, which hit a low of -1.2°C, have decimated coffee farms, as the trees have no defence. When the temperature drops below 0 the frost is called 'black frost', turning the leaves brown or black, causing irreparable damage as the moisture in the leaves freezes. Younger trees are particularly susceptible to these frost events and many farmers in Brazil are facing the reality of having to dig up all their young trees and replant, which for many may see the end of their farms altogether.

The impact of these frost events has caused a big reduction in predicted yields, the frost on July 20 alone is estimated to have resulted in a loss of 3.45 million bags just in the South of Minas Gerais. To put things in perspective Brazils total production of 60kg bags in 2020 was 49 million. As the largest coffee producing country in the world, this is having a domino effect on the coffee market. With a shortage comes price rises and we are seeing the market move very quickly with coffee prices beginning to surge wildly. Coffee farmers in countries like Colombia and Nicaragua, who rarely ever have any bargaining power are making the most of this situation as big players like Starbucks, Nestle and JDE Peet's begin bidding wars as they seek to secure coffee contracts elsewhere.

Our main import partner Caravela, who have PECA teams on the ground in Colombia, and other Central American origins are having to move quickly in response to the surging prices. In order to continue securing high-quality coffee they’ve had to make deals and lock in prices well beyond traditional market value to guarantee future supply from producers they’ve worked with tirelessly over the years.

As a coffee roasting company, we cannot sacrifice quality and will have to adapt to the new market that we are seeing, which means working hard to secure coffee well into 2022 and future forecasting.

Whilst frost isn't uncommon during the colder months in Brazil, the severity and number of events are unusual, only time will tell the long term effects of this recent shock to coffee supply.

Our hearts go out to all the Brazilian families impacted by this terrible run of events, we hope they get back on their feet as soon as possible.