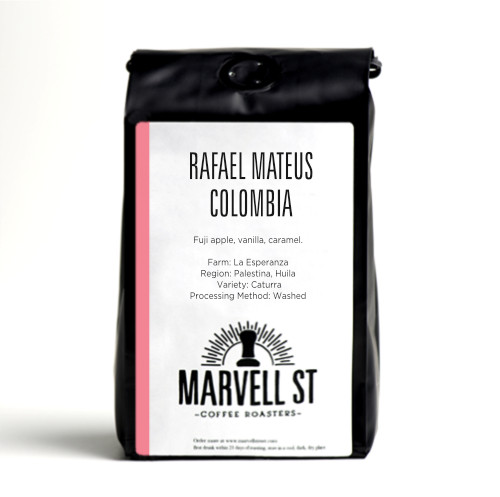 Growing exceptional coffee and doing it as a family requires a lot of belief, Rafael's grandparents understood this and named their coffee farm accordingly. La Esperanza or 'hope' has been in Rafael's family for decades, first his grandparents, then his parents, now it is Rafael who runs the show.
What he learnt from his elders he puts to use with a keen focus on the future and by relentlessly pursuing a higher quality product, he pays particular attention to the post-harvest processing. The result has been spectacular, with Rafael earning a reputation as one of Colombia's best coffee producers.

We are thrilled to showcase Rafael and his family's delicious coffee once again on the Marvell Street menu.

*** We roast coffee fresh each Monday, if stock has sold out we will ship the following roast day. Please refer to our shipping page for more information.